Are you keeping up with our activities?

Are you keeping up with the activities occurring within the Orient?  Follow along by reading our Orient Newsletter, the Scottish Rite Journal, and the Journal’s Missouri section all online from your computer or smartphone.  Simply click the link below!

We hope that you are enjoying the Missouri Scottish Rite E-NEWS!  You can read the latest issue as well as our past issues using the relevant link(s) below.

This newsletter shares information from each of our local Scottish Rite Valleys, our RiteCare Centers, the Scottish Rite Foundation of Missouri, the Masonic Youth Groups in Missouri, and other Masonic groups around our state. 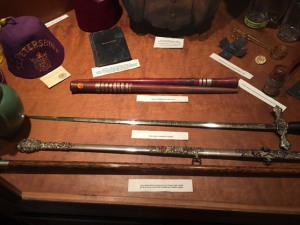 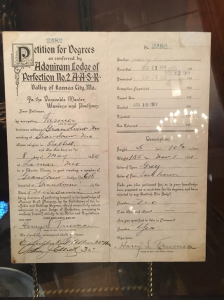 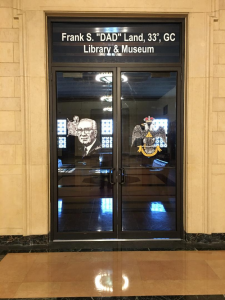 May God bless you in all your endeavors,

Over the past 13 years Missouri DeMolay has grown and has maintained #1 status in the World of Membership Growth (over 3 times any other Jurisdiction in the world), Overall Membership (the only Jurisdiction with more than 1300 active members), and Most New Members in the world (370 new members in 2015)! This is an achievement not reached since the very few months of the Order’s founding. Now, we just need to continue to grow and share the goodness of DeMolay with others!

Missouri DeMolay was truly represented in an outstanding fashion at the 2016 International Supreme Council Session in San Diego, California. Missouri DeMolay Jurisdictional Officers Ukiah Camp and Bradley Pitman were our delegates at the International Congress Session and were the best DeMolay leaders there, together with Jurisdictional Officers Grant Applegate and Lawson Smead and over 20 other leaders from Missouri.

We are most pleased to advise that Dad John Hay was unanimously elected an Active Member of the International Supreme Council Order of DeMolay.

Missouri DeMolay and its members also received the following Outstanding Honors and Awards:

Missouri DeMolay is striving again to be #1 in the world of DeMolay in Membership Growth, New Chapters, Honors and Programs in 2016. Many jurisdictions have “promised” they will beat us in membership this year. We need everybody’s continued commitment and dedication to keep Missouri DeMolay #1.

We have many activities coming up, in addition to all the Chapter events. If you are a DeMolay and have not applied to be considered for The University of DeMolay, please do so immediately. A new on-line application process has been implemented for your convenience. Please take the time to visit www.modemolay.org to apply for The University of DeMolay, and to check out the great events and photographs of DeMolay in action.

Congratulations to everyone who made 2015 (and 2016, so far) a tremendous success and who continue to dedicate themselves each day to building Missouri DeMolay.

We are now only 23 days away from our Annual State Conclave and we’re looking forward to a most outstanding Memorial Day weekend in Jefferson City, Missouri.

Don’t forget about the perks of bringing your friends to join DeMolay at State Conclave:

• Bring 3 Candidates to join DeMolay at State Conclave – and YOU go to Conclave for FREE!
*The first line signer must be the same on all three candidates.

To assist with the cost of Conclave, you can sell advertisements for our yearbook or find an organization to sponsor you.
Please find the links here:

Our Jurisdictional Officers and Conclave Committee have been hard at work planning what will prove to be one of the best yet! We hope to see you there.